Called the design of a mini villa, but this is only a small house in Ha Tinh countryside, but it is designed with charming details such as miniature villas ...

Completed, the villa with striking colors with villages:

Layout of villas on the first floor:

Villa 2 floor Thai roof with only 500 million, gentle architectural style, easy construction but still beautiful. Pay close attention, the front of the house is covered with vertical columns and ledges, painted walls also follow these ledges, creating a lively for the facade.

The house is still not up to its beauty, because it has not finished the greenery (in the T1 tree, T2 climbing platforms, ...) but it has also shown a part, standing out from the house .. in the countryside. ...

If all the greenery, the house will certainly be as beautiful as a beautiful house that has been chosen as the setting for many movies: Beautiful garden villas in the heart of the countryside in the heart of Hanoi with 300 million 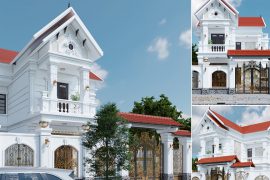 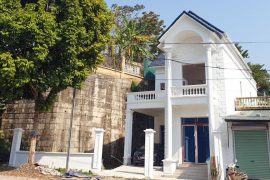 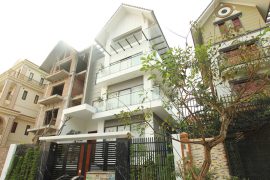